The Needs of Man

"With regard to Man himself what was illustrated was the fact of human intelligence, his gregariousness, his ability to live in any environment and his creativity to satisfy the needs of his life and the fact that he wasnever satisfied. Always aspiring for better conditions. For the History of Man was, and still is, attached in the Needs of Man, it is a consequence of how these needs were satisfied. Living in different environments he discovered different means to provide for his various needs. To provide for his shelter, for his food, his cloths, transport and so on. So that gradually there came separate groups, characterised by their own behaviour, who had found out their own solutions of their various needs according to their own environment. As these groups came in contact with each other, either peacefully as through trade and commerce, or violently as through wars and invasions, larger groups were formed and an interchange of ideas and inventions took place, some of which like the invention of the alphabet) can be traced back, but many of these can not (like the invention of the wheel or the use of fire). But all of these have contributed in what civilisation is today. If one studies any detail/item of things that are in use today, food, shelter, houses, modes of transport, music, painting etc. one sees that it is the result of the work of not only one nation, but of many. There are no superior or inferior races but humanity is one. If opportunity and conditions arise, people of any race produce something, which is accepted practically as a great contribution to the whole of humanity." 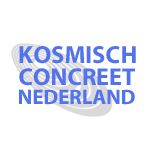